Norwich, Norfolk. Norwich commemorates the 76th anniversary of the Battle of Britain.

Current serving personnel from RAF Marham used their right to the Freedom of the City by parading in front of City Hall, where the lord mayor will take the salute.

They were accompanied by The Band of the Royal Air Force College and a Spitfire flypast provided by the Battle of Britain Memorial Flight.

Pictured is The Lord Mayor of Norwich Marion Maxwell. 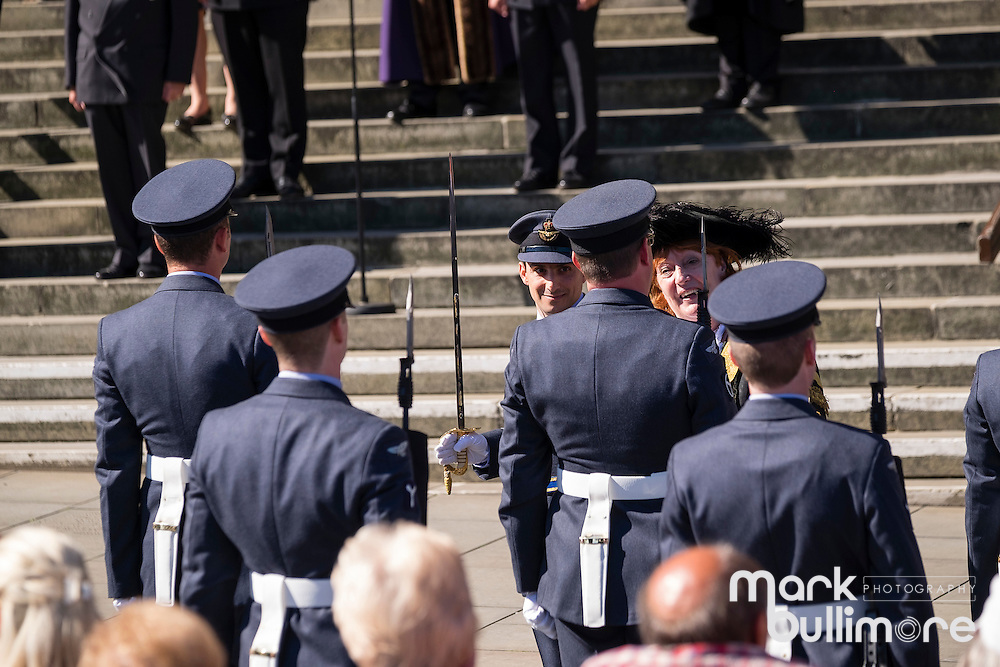